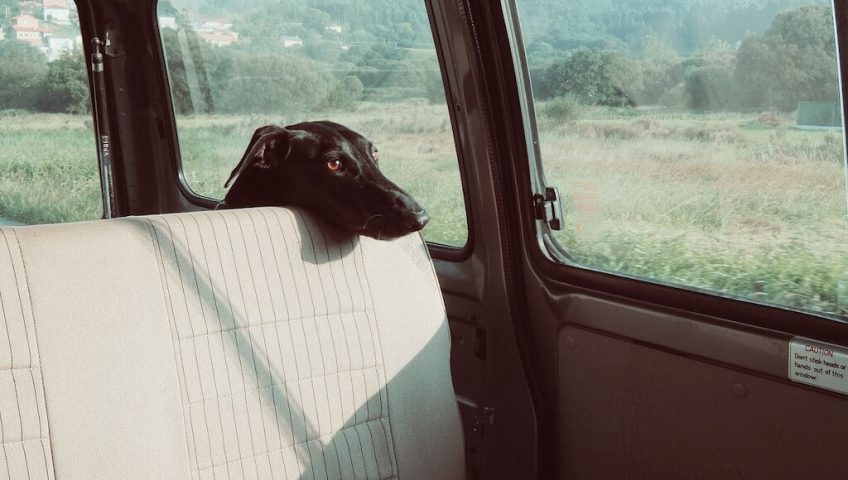 Thousands of animals are transported by air and other means on a daily basis the world over. Due to increased awareness, animal welfare has become an important consideration for anyone involved with transporting animals, especially pets such as dogs and cats. It is incumbent upon all pet shippers to ensure that the animals they ship are as comfortable as possible, both physically and mentally, so that the journey is completed with as little stress as possible.

Any novel (new) experience, or an experience that has previous negative associations, is potentially stressful for a pet. Travelling in a crate, alone and unable to escape can be very distressing for pets. In addition, dogs especially are predisposed to fear of loud noises and simply being in the airport warehouse in the presence of machinery sounds could be highly stressful for some pets.

In many cases, the fear and stress associated with travel can be significantly reduced. The two most important measures to achieve this, are habituation (to the crate, sounds and motion) and the use of medication and pheromone products. Please refer to our article Crate training tips to ensure good preparation of your pet for the trip. This article focuses on the use of medication during travel.

Historically, the use of medication for travelling pets has a bad reputation. The main reason for this is the type of drug that was traditionally used. One of the phenothiazine drugs, acepromazine (ACP), was for years the only medication used to sedate pets during travel. Its side-effects (such as a drop in blood pressure, a drop in body temperature, an increase in aggressive behaviour) are often severe and can even lead to the death of the animal. Furthermore, ACP does not reduce anxiety, but actually sensitises animals to certain stimuli. The use of ACP has been generally referred to as“tranquillisation” in the pet travel industry.

Since then, newer drugs have appeared on the market and instead of tranquillising the pet, actually reduce the anxiety. These newer anxiolytics can play an important role in improving well-being for pets during travel.

What is the difference between tranquillisation and anxiolysis?

Tranquillisation refers to rendering an animal unable to move so that it can be handled without causing harm to itself or its handlers.

Anxiolysis refers to a reduction in anxiety, while not necessarily inhibiting the animal’s ability to move. An anxiolytic is a drug administered to help an animal cope better with a stressful event, such as travelling or a thunderstorm.

What is the difference between fear, anxiety and phobia?

Fear is the apprehension of a threatening stimulus, object or event. It is a normal response to a potentially dangerous stimulus. Fear helps protect the individual from danger, and is therefore necessary for survival. The way an animal responds to fear, depends on genetic factors (species- and breed-specific behaviour) and on past experiences (learnt behaviour). Different animals will respond in different ways to the same stimulus, depending on their genetic background and their individual learning history.

Fear is directed towards the object of the fear and this is the main focus of the animal’s attention. The level of fear is proportional to the size of the threat that causes the fear. The fear subsides when the object of fear is removed.

Example: A dog with a fear of loud noises will try to hide during a thunderstorm, and will calm down when the storm is over.

A phobia is an intense fear that is displayed out of context. The reaction is so extreme that it limits normal behaviour. The response is disproportionate with the level of the fear-evoking stimulus. A phobic response persists even after the fear-inducing stimulus has been removed.

Phobias get worse if left untreated – the animal generalises its fear response to other stimuli that can be associated with the original fear-inducing stimulus.

Example: A dog that suffers from a gunshot phobia starts reacting fearfully to the sound of doors slamming in the absence of gunshots.

Anxiety is a fear of an anticipated event, i.e. the threat is not present. The animal reacts to a number of stimuli in the environment and is not focussing on one specific stimulus as in the case of fear.

The phenothiazines, of which ACP is one example, form part of a larger group of drugs known as the neuroleptic drugs. For many decades, the use of ACP was the accepted standard used to deal with animals that were difficult to handle. The sedating effect of ACP occurs through its blocking effect on dopamine receptors in the brain. However, it also affects several other receptors in the body, and it is these side-effects that are responsible for the negative side-effects of the drug. The main effect of ACP is to inhibit movement. It has no effect on fearfulness and anxiety, in fact it tends to increase anxiety in fearful animals. As a result ACP really acts as a form of “chemical straightjacketing” – simply rendering an animal physically unable to deal with a stressful situation while it is still mentally experiencing fear or anxiety. As a result of its many side-effects, there are several contra-indications for ACP. It should, for example, not be used in animals suffering from epilepsy, animals showing excessive aggression, short-nosed breeds (especially Boxers), patients with kidney and liver disease, old age and low blood pressure.

Anxiolytic drugs include benziodiazepines such as alprazolam, oxazepam and diazepam (Valium). Alprazolam is widely used in pets and has a longer lasting effect than diazepam, especially in dogs.

Alprazolam has its effect only on one receptor type in the brain, the GABA (gamma- amino butyric acid) receptors. At low doses, the only effect of alprazolam is the anxiolytic effect (i.e. fear- and phobia-reducing) while at higher doses, it has a hypnotic (sleep-inducing) effect in addition to the anxiolysis. It is a safe drug for both dogs and cats and is widely used for fear and anxiety in pets by veterinarians specialising in treating behaviour problems. Veterinary literature contains many references about its use and it is now an internationally accepted treatment for anxious, fearful and phobic pets.

Alprazolam also has an anamnesic (memory blocking) effect. This means that, especially at higher doses, the animal will not remember the fear linked to the traumatic event. This is significant because it prevents the problem from getting worse – each time the animal experiences something traumatic and remembers it, it increases the future anxiety levels during similar events. So by blocking the animal’s memory of air travel, the fear experienced during such an event will be less likely to generalise.

Alprazolam is a scheduled substance that can only be obtained on prescription by a veterinarian.

It is a human drug that is not registered for use in dogs and cats (to the best of the author’s knowledge this is the situation worldwide). That means that its use is extra-label and this has certain implications e.g. the veterinarian prescribing it must obtain the pet owner’s consent to prescribe the drug. This does not mean that the drug is being used experimentally – it is a well documented and accepted treatment in veterinary science. The process of registering a drug for a different species is long and costly and pharmaceutical companies do not consider it a priority. That does not mean that the drug cannot be used in another species as long as the veterinarian complies with certain conditions (these may vary from country to country).

In some cases, alprazolam may be contra-indicated. Behavioural disinhibition and paradoxical hyperexcitement are possible, rare effects of the medicine.

Behavioural disinhibition occurs in animals that use anxiety to inhibit aggressive behaviour. Thus when the anxiety is lifted, the animal suddenly becomes aggressive. The alprazolam thus “unmasks” the aggressive behaviour due to the reduction in anxiety. It is important to understand that when this occurs, it should not be seen as a shortcoming of the pharmaceutical agent, but rather as a window into the animal’s mind so that appropriate treatment can be offered for the underlying behaviour disorder. Paradoxical hyperexcitement probably occurs through a similar pathway and occurs when the animal shows high arousal under the influence of the medication. These complications can be avoided by giving a test dose to assess the effect of the drug before travelling.

The dosage for alprazolam has a fairly wide range. For this reason, it is recommended that one or more test doses are given prior to travelling, to evaluate its effect in a particular animal. If there is marked sleepiness, the dose can be reduced, and if there is no effect on anxiety, the dose can be increased accordingly. Doses can be topped up within 30 minutes if there is not sufficient anxiolysis.

It can be given 2-3 times a day in dogs and twice a day in cats, and be given for a few days continuously, but it is not recommended for long term use (there are other drugs better suited for long term use). It is best given before a traumatic event, but still has a positive effect if given during an aversive experience.

Dog appeasing pheromone (DAP) and feline facial pheromone have been shown to reduce anxiety and fear in dogs and cats respectively. These products are available in various formats and can make a significant difference to the well-being of animals travelling by air or other means. In the spray format, it is very useful to spray on the inside and contents of a crate. DAP is available is also available in a collar (dogs only) which releases pheromones over the period of one month, making it ideal to help the dog cope with the changes before and after the travel event. It is important to use the products that contain real pheromones (Adaptil, Feliway) as some products claim to contain pheromones but these are not necessarily true dog and cat pheromones.

Placing an object with a familiar scent (e.g. the pet’s blanket that has not been washed for a few days or the owner’s worn T-shirt) in the crate with the pet will also help reduce anxiety.

It appears that some animals benefit from a variety of homeopathic, herbal and nutraceutical (e.g. tryptophan added to food e.g. Nutricalm in South Africa) remedies. However, these medications have not been scientifically tested in animals, therefore veterinarians are often hesitant to prescribe them. This does not mean that they don’t have a potentially important role to play in keeping animals calm during travel. Once more is known about the mechanism of action, effects and side-effects of these medications it will be possible to make an informed decision about their use in individual animals.